UK Get Ready For Brexit

Get Ready for Brexit UK is an independent site providing important current Brexit details regarding travelling to the EU, remaining as a EU citizen in the UK, living in the EU as a UK national or trading with the EU after Brexit.

Britain left the EU on 31st January 2020, but remains subject to its rules until the end of the transition period on 31st December 2020.

The Withdrawal Agreement sets out the terms of the UK’s withdrawal from the EU and provides for a deal on citizens’ rights. It sets out a transition period which lasts until 31st December 2020. During this time you can continue to live, work and study in the EU broadly as you did before 31st January 2020.

The PM said the country was now “one step closer to getting Brexit done”.

The UK has “formally confirmed” to the EU that it will not extend the Brexit transition period and “the moment for an extension has now passed”, Michael Gove has said.

Mr Johnson insists a trade deal with the EU can be in place by the end of the transition period, but critics say this timescale is unrealistic.

This last couple of years in politics has been without doubt the most eventful in modern times. Whatever your feelings toward Brexit, this undeniably presents logistical and political challenges ahead for the nation.

We have detailed useful and important government Brexit information that should help you or your business through the post Brexit transition period. 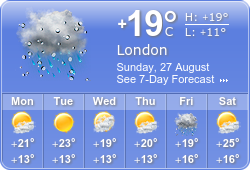